A pictish stone cross slab bears witness to an earlier period of habitation and the name Muies, is reputed to be that of a viking raider who was killed here. The great trees, from the magnificent Spanish chestnuts on the lawn and the beeches and hornbeams give a story of more peaceful times and the creation of a designed landscape that makes a fine setting for an interesting group of listed buildings. The ha-ha wall that separates park from lawn in front of the house was built in recent years from stone acquired after the demolition of Guthrie Station.

The walled garden was already in existence by 1780, at about which time the public road was diverted from the front of the house to its present position. The sundial in the garden which bears, beneath the lichen, the initials R.P Esq is a reminder of a previous owner, Mr Pierson who died in 1763.

The foundations of the present garden were probably laid out in Victorian times. Major Crombie who bought Pitmuies in 1919 re-created the garden and planted the superb delphiniums for which the garden became well-known, and which were exhibited in London and various shows where they won prizes.

When Major and Mrs Ogilvie bought Pitmuies in 1945 they continued to improve and add to the garden and policies, planting many shrubs and trees. It was inherited by their son Farquhar, who, with his wife, in 1968 carried out various alterations to the house to link the drawing room and the garden by the octagonal conservatory which was designed by Schomberg Scott. The white wrought iron gates in the walled garden were to commemorate their silver wedding in 1982, but tragically he died before they were installed. The trellis work at the bottom of garden, the tree planting and the urn on the paved area have been given to the garden as memorials to him. 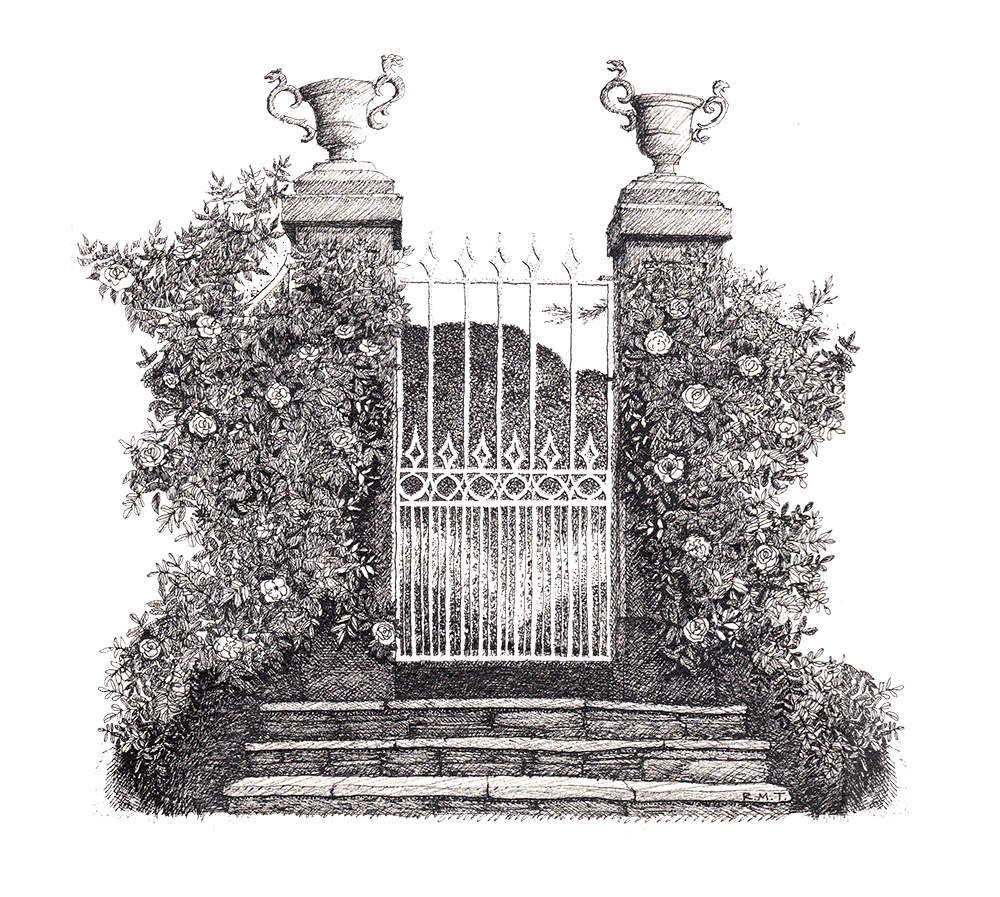 Previous
Go back to About Us
Next